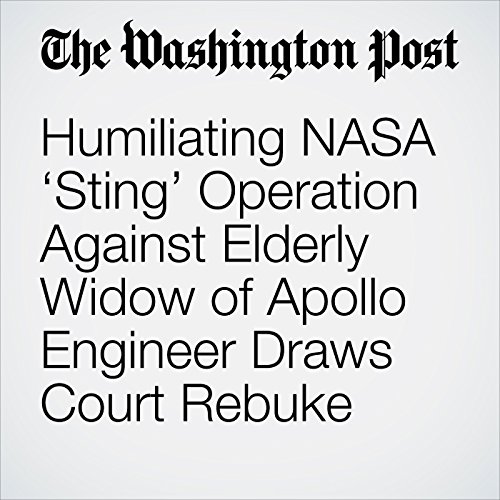 Agents of the U.S. government are entitled to immunity from lawsuits for what they do in the line of duty, as long as they do it right, in accord with the Constitution.

But what one NASA investigator did to Joann Davis, a financially distressed widow of an engineer on the Apollo program who was trying to raise a little money, was too much for a federal court of appeals to stomach.

"Humiliating NASA ‘Sting’ Operation Against Elderly Widow of Apollo Engineer Draws Court Rebuke" is from the April 14, 2017 National section of The Washington Post. It was written by Fred Barbash and narrated by Jenny Hoops.