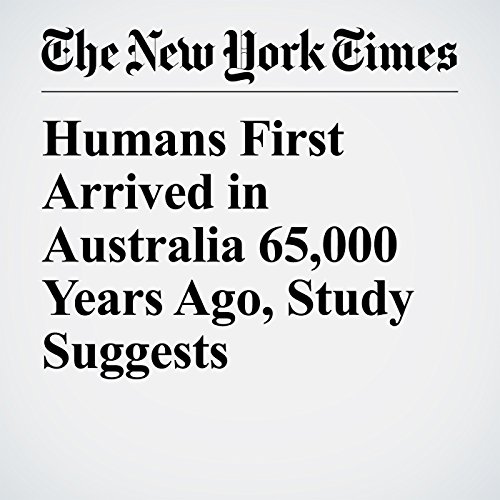 The timing of the first arrival of humans in Australia has been studied and debated for decades. Now, researchers have found evidence that suggests the ancestors of aboriginal Australians landed in the northern part of Australia at least 65,000 years ago.

"Humans First Arrived in Australia 65,000 Years Ago, Study Suggests" is from the July 19, 2017 World section of The New York Times. It was written by Nicholas St. Fleur and narrated by Keith Sellon-Wright.