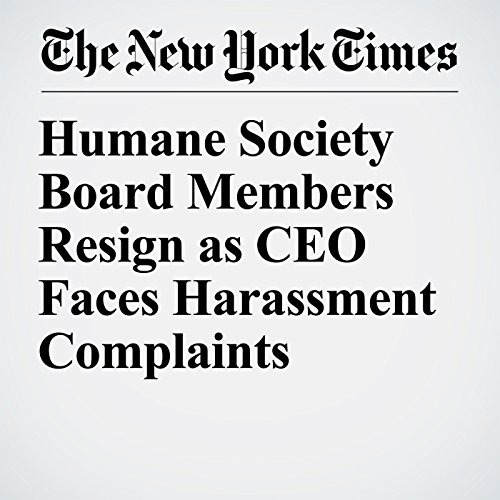 The board of the Humane Society of the United States decided Thursday to retain its longtime chief executive despite an investigation that has uncovered multiple harassment complaints against him, according to one of the board members and news media reports. The decision prompted several members of the organization’s 31-person board to resign, the board member said.

"Humane Society Board Members Resign as CEO Faces Harassment Complaints" is from the February 02, 2018 U.S. section of The New York Times. It was written by Matt Stevens and Matthew Haag and narrated by Mike DelGaudio.