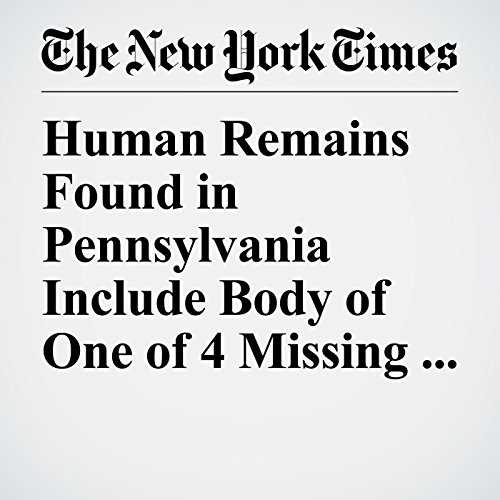 Investigators searching a sprawling suburban Philadelphia farm in the disappearance of four young men who vanished last week discovered human remains, including the body of one of the men, the authorities announced early Thursday morning.

"Human Remains Found in Pennsylvania Include Body of One of 4 Missing Men" is from the July 13, 2017 U.S. section of The New York Times. It was written by Matthew Haag and Christine Hauser and narrated by Keith Sellon-Wright.