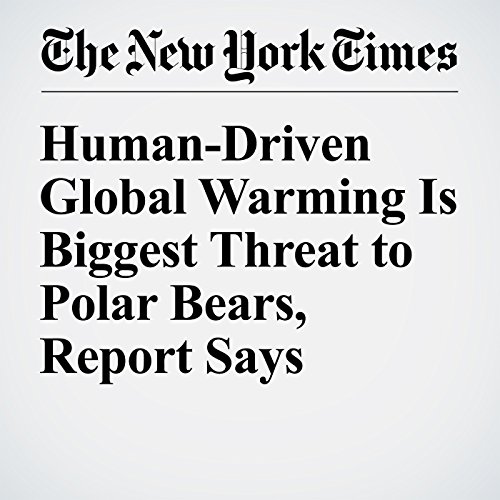 Federal wildlife officials on Monday called climate change the biggest threat to the survival of the polar bear and warned that without decisive action to combat global warming, the bears would almost certainly disappear from much of the Arctic.

"Human-Driven Global Warming Is Biggest Threat to Polar Bears, Report Says" is from the January 09, 2017 World section of The New York Times. It was written by Erica Goode and narrated by Keith Sellon-Wright.