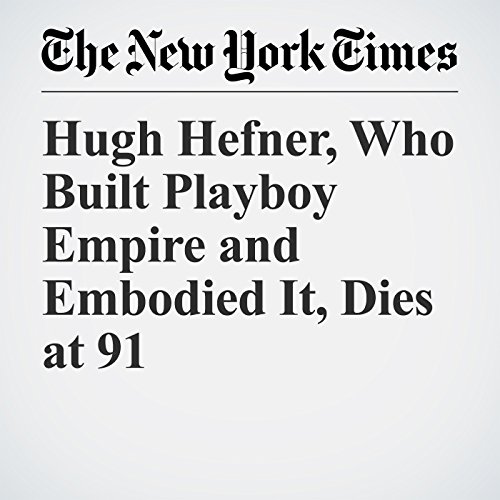 Hugh Hefner, who created Playboy magazine and spun it into a media and entertainment-industry giant — all the while, as its very public avatar, squiring attractive young women (and sometimes marrying them) well into his 80s — died Wednesday at his home, the Playboy Mansion near Beverly Hills, California. He was 91.

"Hugh Hefner, Who Built Playboy Empire and Embodied It, Dies at 91" is from the September 28, 2017 Entertainment section of The New York Times. It was written by Laura Mansnerus and narrated by Kristi Burns.