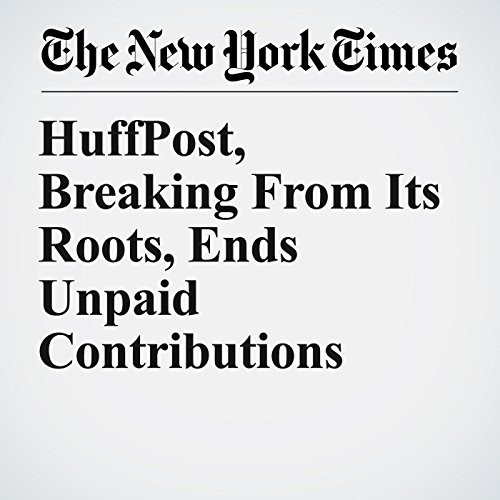 Since its founding nearly 13 years ago, The Huffington Post has relied heavily on unpaid contributors, whose ranks included aspiring writers, citizen journalists and celebrities from the Rolodex of the site’s co-founder Arianna Huffington.

"HuffPost, Breaking From Its Roots, Ends Unpaid Contributions" is from the January 18, 2018 Business section of The New York Times. It was written by Sydney Ember and narrated by Mike DelGaudio.