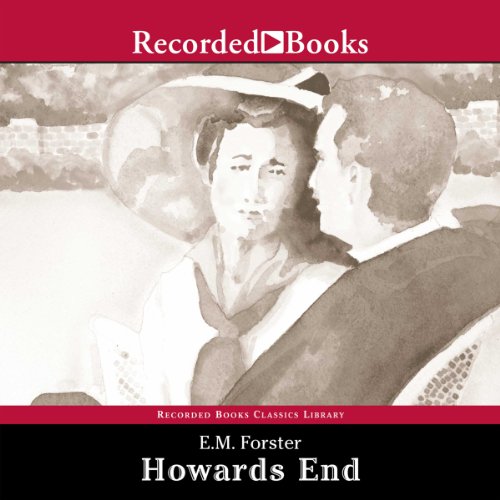 E.M. Forster's Howards End is a vivid portrait of London's golden age, before World War I forever changed its values and culture. Forster brings the great city's upper classes to life, detailing their grandiose spending habits, popular fads, Monet and Debussy, the rise of feminism, and the beginnings of urbanization. More than a mere idealization of pre-war London, Howards End provides insightful commentary on the rapid societal changes that occurred at the onset of the 20th century. Masterfully blending the stories of three vastly different groups of people - the independently wealthy, educated Schlegels; the nouveau riche Wilcoxes; and the ambitious but struggling Leonard Bast - Forster weaves a wonderfully rich, unforgettably poignant novel.

Although the contents of the book is good the quality of the listen is very bad. It is almost impossible to listen when outside of the house.

This is a wonderful book--EM Forster never disappoints. It's rich with character development, humor and meaning, and it's a welcome addition to my Audible library. The narration would be fine if it weren't for the inclusion of frequent sounds of the narrator swallowing, wetting his mouth--SOMETHING that is very distracting. It's strange that the makers of this audio didn't do a better job of editing.

Best unabridged I could find but..

The narrator doesn’t help the listener distinguish between characters very well.... but it was still worth it to get an unabridged version,
Oh, the writing!

What made the experience of listening to Howards End the most enjoyable?

The way the narrator handled the characters throughout the story.

I love classic novels, they don't get overly graphic and leave you to use your imagination.