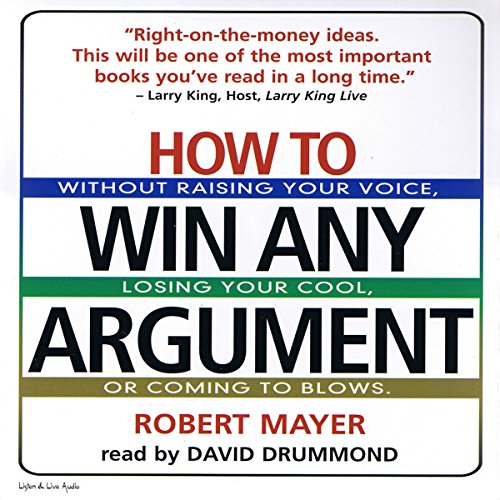 Are you the parent of an argumentative teen or are you a teen with an argumentative parent? Are you anticipating an argument with your boss when you ask for a raise? Are you expecting trouble from a supplier, contractor, landlord, or subordinate? Or do you just ignore conflict situations hoping that they'll magically disappear or solve themselves?

Cosa pensano gli ascoltatori di How to Win Any Argument

Just doesn't do it

Was hoping for a book with a few good debate tactics. This gets philosophical and nonsensical. You won't feel like you have anything to apply from this book in your next argument, it gives you nothing.

In one ear, out the other, lots of mediocre advice

David's performance was fine. It was the book by Robert that less than impressive that was the issue.