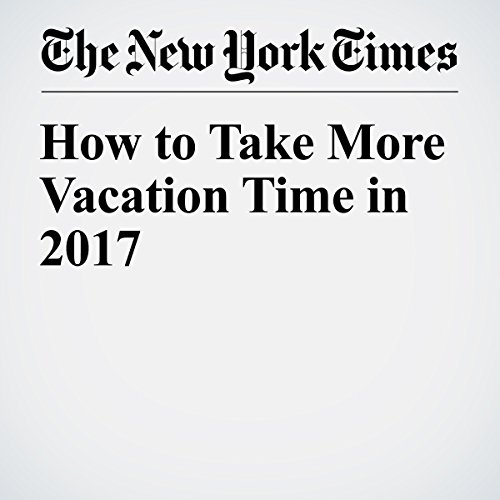 Expedia’s annual Vacation Deprivation report again showed that Americans took less time off than much of the industrialized world this past year, using an average of 12 vacation days, though they were allowed 15. Compare that with Spain, where workers got 30 vacation days and used them all.

"How to Take More Vacation Time in 2017" is from the January 22, 2017 Travel section of The New York Times. It was written by Justin Sablich and narrated by Barbara Benjamin-Creel.