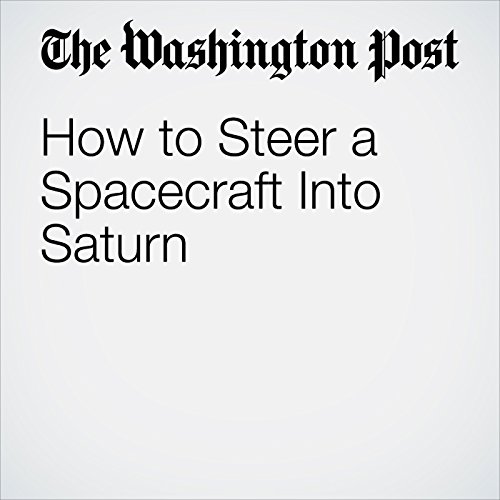 A billion-dollar spacecraft named Cassini is about to burn up as it plunges into the atmosphere of Saturn this month. That’s the plan, exquisitely crafted. Cassini will transmit data to Earth to the very end, squeezing out the last drips of science as a valediction for one of NASA’s greatest missions.

"How to Steer a Spacecraft Into Saturn" is from the September 09, 2017 Health & Science section of The Washington Post. It was written by Joel Achenbach and narrated by Sam Scholl.