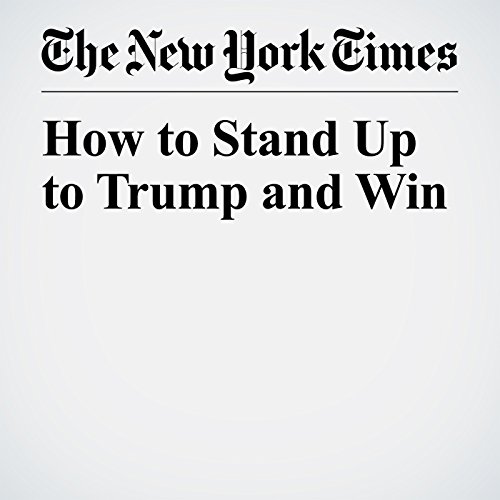 After President Donald Trump’s election, a wave of furious opposition erupted. It was an emotional mix of denial and anger, the first two stages of grief, and it wasn’t very effective.

Yet increasingly that has matured into thoughtful efforts to channel the passion into a movement organized toward results.

"How to Stand Up to Trump and Win" is from the April 12, 2017 Opinion section of The New York Times. It was written by Nicholas Kristof and narrated by Caroline Miller.