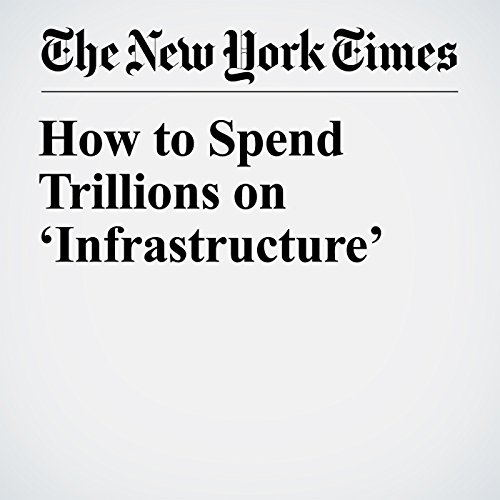 There was only one reference to the deficit in the State of the Union speech on Jan. 30, and it had nothing to do with the federal budget. I found that refreshing — we can carry a deficit if the money’s spent wisely — but that’s another story. What President Donald Trump talked about was America’s staggering infrastructure deficit, a whopping $2 trillion fault line in the backbone of the American economy, according to the latest estimates from the American Society of Civil Engineers.

"How to Spend Trillions on ‘Infrastructure’" is from the February 01, 2018 Opinion section of The New York Times. It was written by Stephanie Kelton and narrated by Kristi Burns.