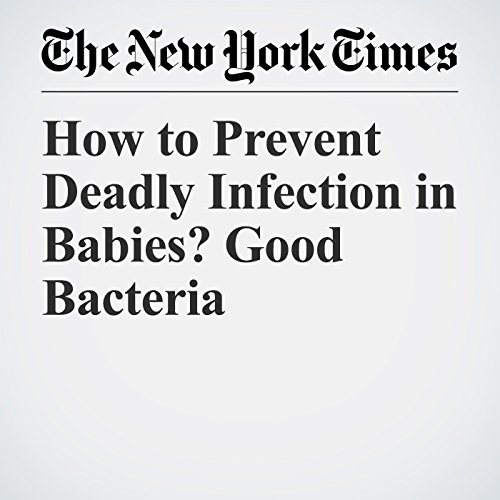 It may be possible, scientists say, to save many thousands of newborns in poor countries by giving them a simple probiotic — a strain of bacteria originally scooped out of the diaper of a healthy baby.

"How to Prevent Deadly Infection in Babies? Good Bacteria" is from the August 21, 2017 Science section of The New York Times. It was written by Donald G. McNeil Jr. and narrated by Kristi Burns.