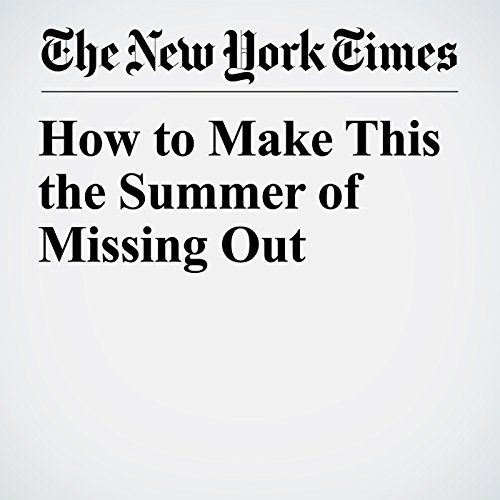 You could say I had the epiphany when, in the middle of a flight to Los Angeles — and a busy New York workday — the Wi-Fi stopped working. Two very odd things happened in quick succession. First: I did not fall out of the sky. Second: After recovering from the initial fury-implosion, I worked more intently and productively than I had in ages.

"How to Make This the Summer of Missing Out" is from the July 12, 2018 Lifestyle section of The New York Times. It was written by Hayley Phelan and narrated by Caroline Miller.