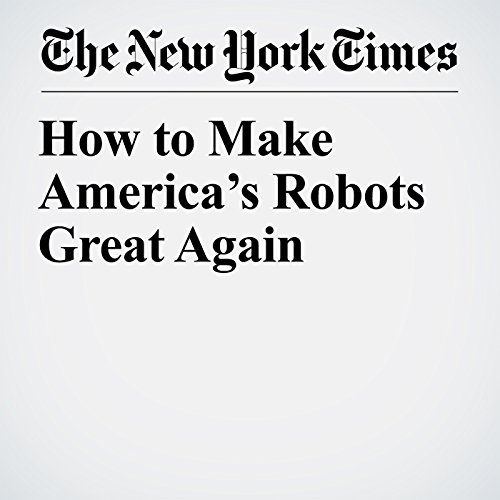 Factories play a central role in President Donald Trump’s parade of American horrors. In his telling, globalization has left our factories “shuttered,” “rusted-out” and “scattered like tombstones across the landscape of our nation.”

"How to Make America’s Robots Great Again" is from the January 25, 2017 U.S. section of The New York Times. It was written by Farhad Manjoo and narrated by Fleet Cooper.