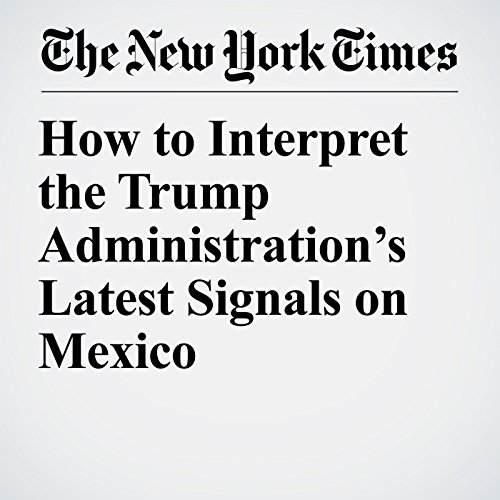 The White House floated an idea on Thursday afternoon that, in initial reports, sounded like a major tariff on Mexican imports — something that would have gone a long way toward unwinding one of the United States’ deepest economic relationships.

"How to Interpret the Trump Administration’s Latest Signals on Mexico" is from the January 26, 2017 U.S. section of The New York Times. It was written by Neil Irwin and narrated by Corey M. Snow.