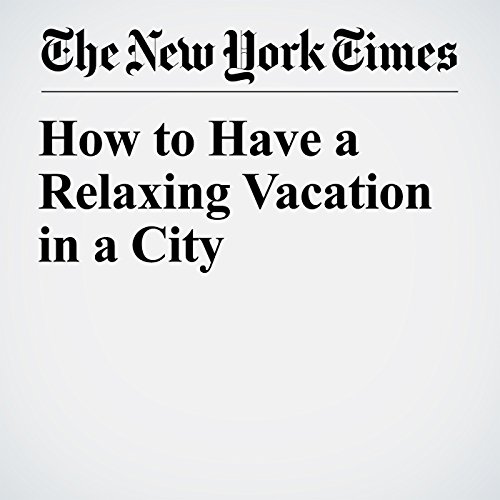 Beach and spa vacations are typically associated with relaxation while urban getaways tend to be all go, go, go, but that doesn’t always have to be the case, according to Michael Bonsor, the hotel manager of Rosewood London. “You can absolutely head to a city for a relaxing vacation,” he said.

"How to Have a Relaxing Vacation in a City" is from the February 05, 2017 Travel section of The New York Times. It was written by Shivani Vora and narrated by Keith Sellon-Wright.