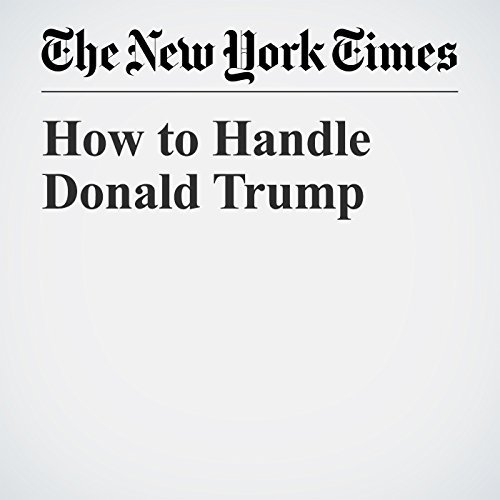 Donald Trump is still president. Hard to know what to do with this, people.In less than a week he’s managed to put on one of the most divisive, in-helpful, in-healing presidential performances in American history. It’s been a great stretch for fans of Richard Nixon and James Buchanan.

"How to Handle Donald Trump" is from the August 16, 2017 Opinion section of The New York Times. It was written by Gail Collins and narrated by Kristi Burns.