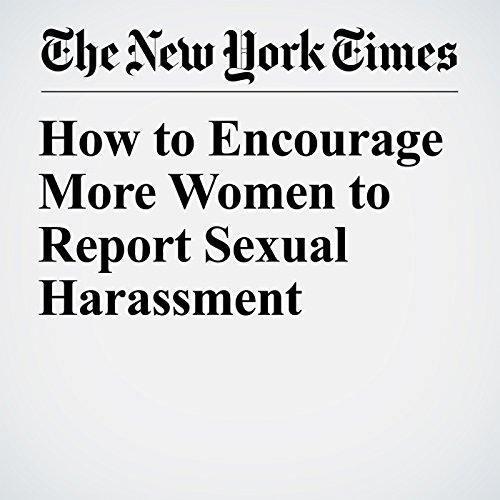 Another day, another set of headlines about a powerful man who sexually harassed women for decades, without any repercussions besides writing checks to keep his victims quiet. The accusations against Harvey Weinstein are dreadful, but the pace at which similar stories have emerged recently is mind-numbing. From Susan Fowler’s essay about her experiences at Uber to Taylor Swift’s testimony about a former radio host to Ashley Judd’s account of encounters with Mr. Weinstein, the floodgates have opened on sexual-harassment revelations. Heads up, predators. The story isn’t just that Mr. Weinstein has been fired. It’s that women’s voices are finally being heard.

"How to Encourage More Women to Report Sexual Harassment" is from the October 09, 2017 Opinion section of The New York Times. It was written by Gretchen Carlson and narrated by Kristi Burns.