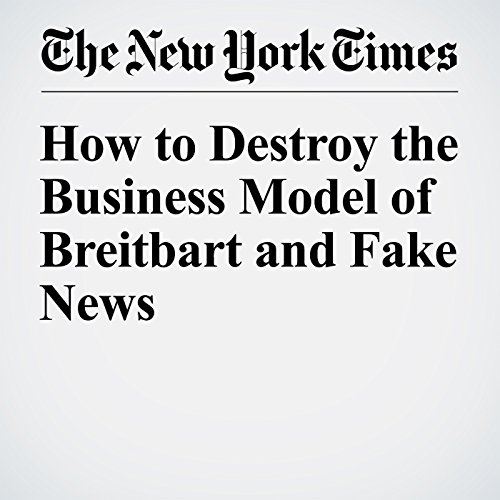 One day in late November, an earth and environmental science professor named Nathan Phillips visited Breitbart News for the first time. Phillips had heard about the hateful headlines on the site — like “Birth Control Makes Women Unattractive and Crazy” — and wondered what kind of companies would support such messages with their ad dollars. When he clicked on the site, he was shocked to discover ads for universities, including one for the graduate school where he’d received his own degree — Duke University’s Nicholas School of the Environment. “That was a punch in the stomach,” he said.

"How to Destroy the Business Model of Breitbart and Fake News" is from the January 06, 2017 Opinion section of The New York Times. It was written by Pagan Kennedy and narrated by Paul Ryden.