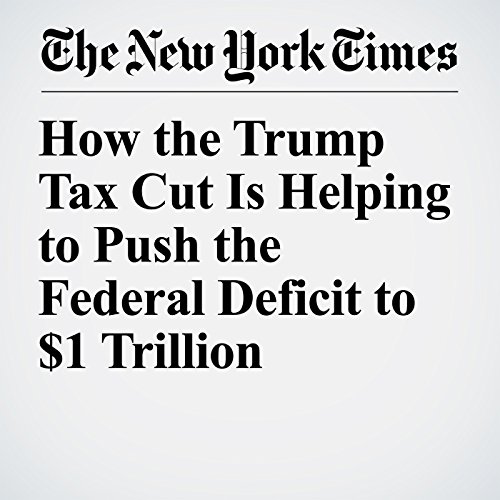 In the trough of the Great Recession in 2009, as companies laid off hundreds of thousands of workers each month, the amount of corporate income taxes collected by the federal government plunged by almost a third. It was the largest quarterly drop since the Commerce Department began compiling the data in the 1940s. No other period came close.Until this year.

"How the Trump Tax Cut Is Helping to Push the Federal Deficit to $1 Trillion" is from the July 25, 2018 Business section of The New York Times. It was written by Jim Tankersley and narrated by Kristi Burns.