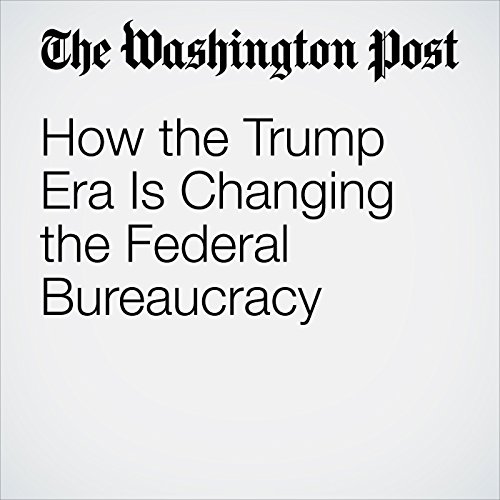 Nearly a year into his takeover of Washington, President Trump has made a significant down payment on his campaign pledge to shrink the federal bureaucracy, a shift long sought by conservatives that could eventually bring the workforce down to levels not seen in decades.

"How the Trump Era Is Changing the Federal Bureaucracy" is from the December 30, 2017 Politics section of The Washington Post. It was written by Lisa Rein and Andrew Ba Tran and narrated by Sam Scholl.