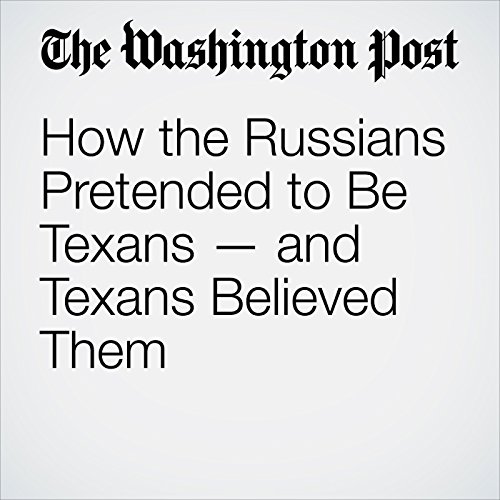 In early 2016, while researching some of the most popular U.S. secession groups online, I stumbled across one of the Russian-controlled Facebook accounts that were then pulling in Americans by the thousands.

"How the Russians Pretended to Be Texans — and Texans Believed Them" is from the October 17, 2017 Opinion section of The Washington Post. It was written by Casey Michel and narrated by Sam Scholl.