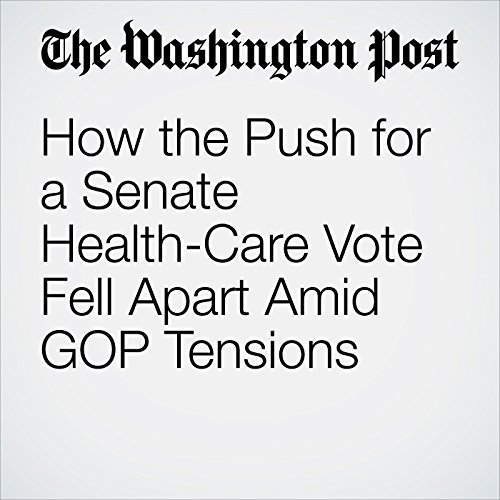 White House officials and Trump loyalists saw a president diving in to patch up strife and save legislation that had been curbed in the Senate. Some seasoned senators, however, saw a president unable to grasp policy details or the obstacles ahead, and talked with each other after the gathering about what they saw as a bizarre scene. That Republican disconnect has been a constant ever since the Senate health bill was unveiled.

"How the Push for a Senate Health-Care Vote Fell Apart Amid GOP Tensions" is from the June 28, 2017 Politics section of The Washington Post. It was written by Robert Costa, Sean Sullivan, Juliet Eilperin and Kelsey Snell and narrated by Caroline Miller.