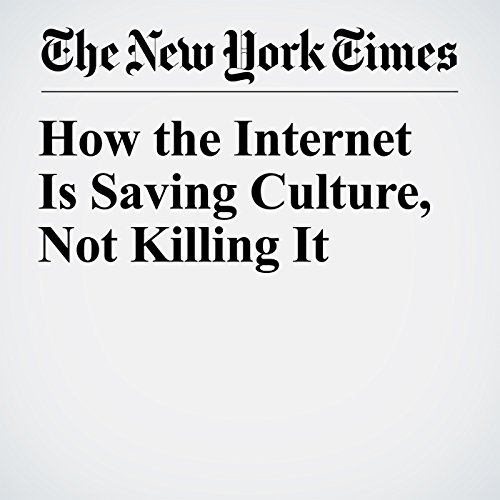 One secret to longevity as a pundit is to issue predictions that can’t be easily checked. So here’s one for the time capsule: Two hundred years from now, give or take, the robot-people of Earth will look back on the early years of the 21st century as the beginning of a remarkable renaissance in art and culture.

"How the Internet Is Saving Culture, Not Killing It" is from the March 15, 2017 Technology section of The New York Times. It was written by Farhad Manjoo and narrated by Keith Sellon-Wright.

Cosa pensano gli ascoltatori di How the Internet Is Saving Culture, Not Killing It