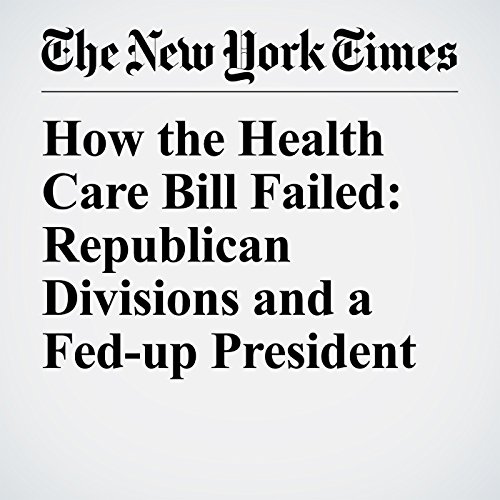 How the Health Care Bill Failed: Republican Divisions and a Fed-up President

President Donald Trump was fed up with the grind of health care legislation, and at a dinner with Republican senators on Monday at the White House, he let them know it. He told the lawmakers how annoyed he was with one Republican who was not there, Sen. Rand Paul of Kentucky, who had gone on television over the weekend to oppose a Senate health care bill that once held the promise of victory for Trump.

"How the Health Care Bill Failed: Republican Divisions and a Fed-up President" is from the July 18, 2017 U.S. section of The New York Times. It was written by Jennifer Steinhauer, Glenn Thrush and Robert Pear and narrated by Kristi Burns.