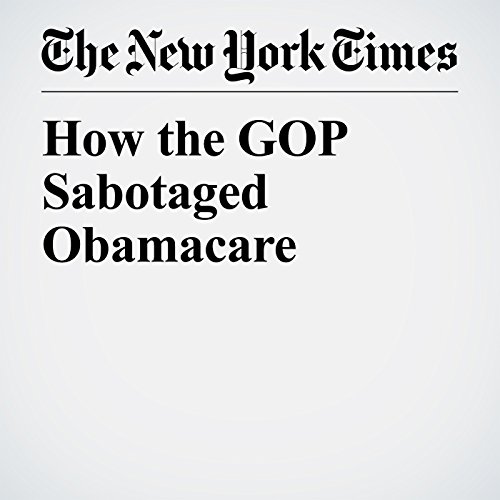 Obamacare is not “collapsing under its own weight,” as Republicans are so fond of saying. It was sabotaged from the day it was enacted. And now the Republican Party should be held accountable not only for any potential replacement of the law, but also for having tried to starve it to death.

"How the GOP Sabotaged Obamacare" is from the May 24, 2017 Opinion section of The New York Times. It was written by Abbe R. Gluck and narrated by Keith Sellon-Wright.