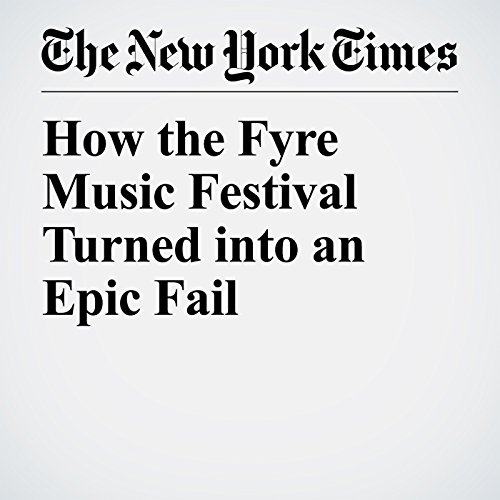 A few days after the spectacular collapse of the Fyre Festival, just as federal investigators began to circle the wreckage, the event’s would-be mastermind, Billy McFarland, was still making promises.

"How the Fyre Music Festival Turned into an Epic Fail" is from the May 21, 2017 Entertainment section of The New York Times. It was written by Joe Coscarelli, Melena Ryzik and Ben Sisario and narrated by Keith Sellon-Wright.