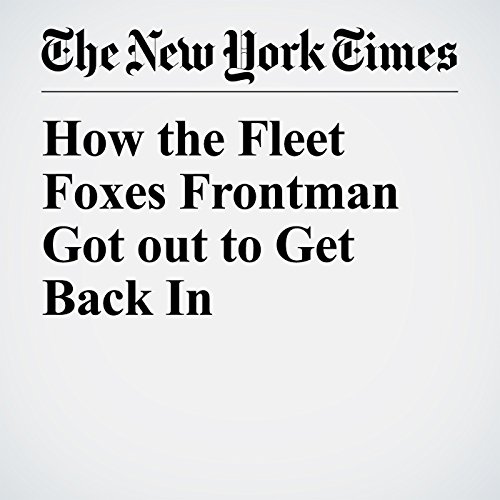 How the Fleet Foxes Frontman Got out to Get Back In

Between January and March 2013, the Fleet Foxes frontman, Robin Pecknold, lived alone in a small house in Port Townsend, Washington, a wind-swept town on the northeast tip of the Olympic Peninsula — a two-hour ride from Seattle by car and ferry — that empties during the dark, chilly winters. He spent his days taking a 12-week woodworking course that emphasized labor-intensive traditional craftsmanship using hand tools. Most nights, he went for long runs through the town’s hills, streets and marinas.

"How the Fleet Foxes Frontman Got out to Get Back In" is from the June 02, 2017 Entertainment section of The New York Times. It was written by David Peisner and narrated by Kristi Burns.