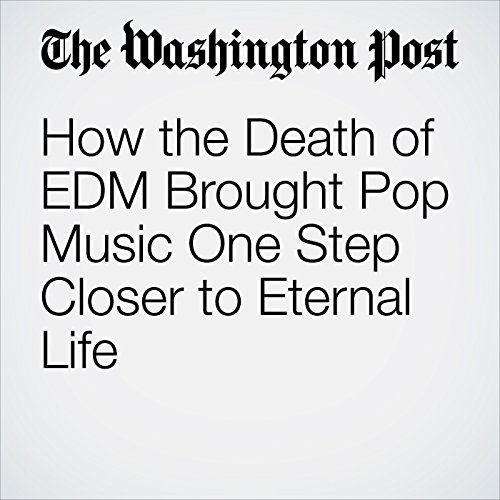 Today, we’ll be discussing how a Selena Gomez song might foreshadow humanity’s triumph over biological death — but first, raise your hand if you remember EDM. It was short for “electronic dance music,” a style once poised to eat the planet for lunch, and then eat itself for dessert. Five summers ago, as a new league of superstar DJs were being paid astronomical amounts of money to perform at packed festivals the world over, the music’s sustainability didn’t appear to be at the forefront of anyone’s mind. In 2015, Forbes reported that the EDM bubble was about to burst . In 2016, Pitchfork made the case that it had .

"How the Death of EDM Brought Pop Music One Step Closer to Eternal Life" is from the August 03, 2017 Music section of The Washington Post. It was written by Chris Richards and narrated by Sam Scholl.