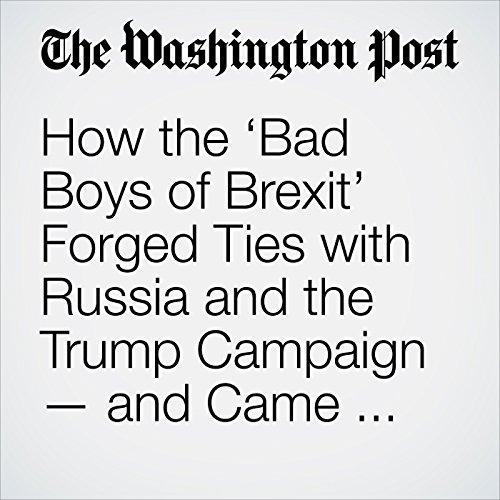 BRISTOL, England — On Aug. 19, 2016, Arron Banks, a wealthy British businessman, sat down at the palatial residence of the Russian ambassador to London for a lunch of wild halibut and Belevskaya pastila apple sweets accompanied by Russian white wine.

"How the ‘Bad Boys of Brexit’ Forged Ties with Russia and the Trump Campaign — and Came Under Investigators’ Scrutiny" is from the June 28, 2018 Politics section of The Washington Post. It was written by Manuel Roig-Franzia, Rosalind S. Helderman, William Booth and Tom Hamburger and narrated by Jenny Hoops.