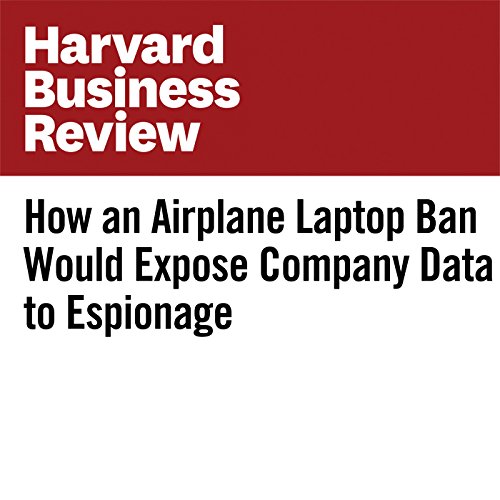 To ban or not to ban laptops? Millions of global travelers are anxiously awaiting the answer to this question. Since the U.S. government received credible intelligence that ISIS had developed the capability to conceal explosive devices within laptops, tablets, and other large electronic devices, these devices have been banned, as of late March, from the airline cabins of U.S.-bound flights originating from 10 airports in the Middle East and North Africa. However, within the last week the Trump administration has been hinting that the ban could be extended to European airports.

"How an Airplane Laptop Ban Would Expose Company Data to Espionage" is from hbr.org, published on May 25, 2017.