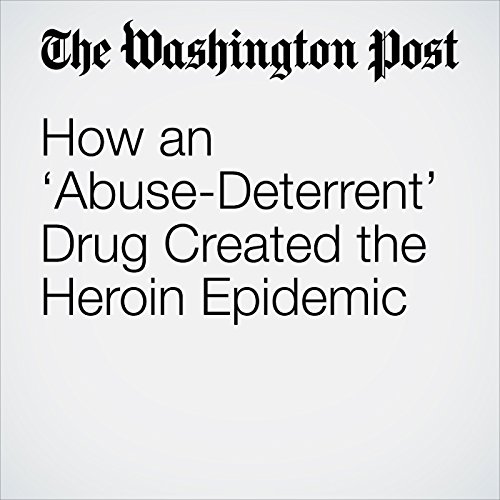 The reformulation of the powerful painkiller OxyContin in 2010 is the chief driver of the explosion in heroin overdose deaths in subsequent years, according to a new working paper from researchers at the RAND Corp. and the Wharton School.

"How an ‘Abuse-Deterrent’ Drug Created the Heroin Epidemic" is from the January 10, 2017 Business section of The Washington Post. It was written by Christopher Ingraham and narrated by Sam Scholl.