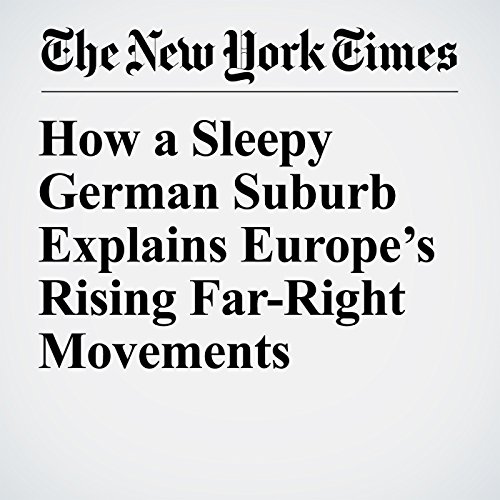 Buch, a small community on the outskirts of Berlin, seems at first glance to be the kind of place Goldilocks would declare “just right.” It is not too rich or too poor, not too expensive or too scruffy, not too close to the crowded city center but not so far that its tree-lined streets of tidy apartments are beyond a daily commute.

"How a Sleepy German Suburb Explains Europe’s Rising Far-Right Movements" is from the March 20, 2017 World section of The New York Times. It was written by Amanda Taub and narrated by Caroline Miller.