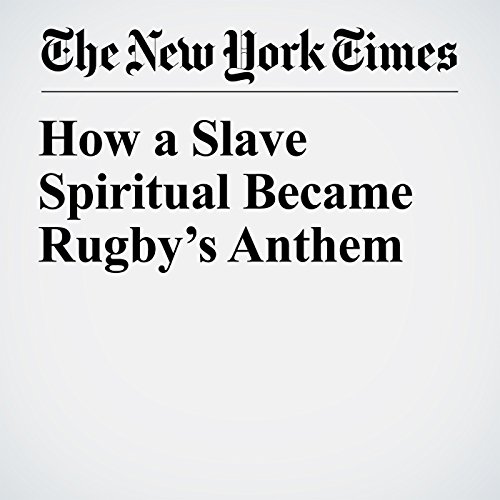 For many in the United States, “Swing Low, Sweet Chariot” enjoys a hallowed status as one of the cherished of 19th-century African-American spirituals, its forlorn lyrics invoking the darkness of slavery and the sustained oppression of a race. But here, across the Atlantic, the song has developed a parallel existence, unchanged in form but utterly different in function, as a boisterous drinking song turned sports anthem.

"How a Slave Spiritual Became Rugby’s Anthem" is from the March 07, 2017 Sports section of The New York Times. It was written by Andrew Keh and narrated by Keith Sellon-Wright.