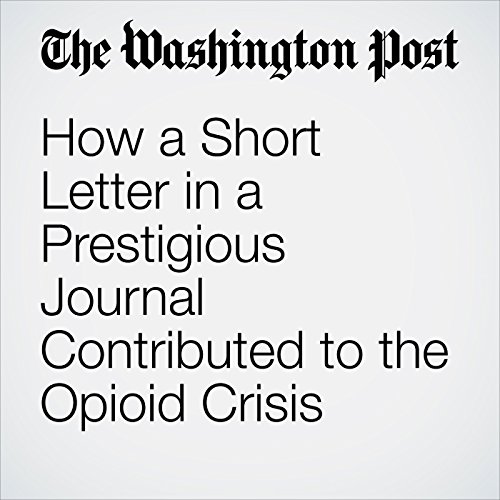 Long before opioid abuse exploded into a public health crisis, before drugs such as OxyContin and Vicodin claimed hundreds of thousands of American lives and ruined countless others, one respected Boston University doctor had a question he wanted answered.

"How a Short Letter in a Prestigious Journal Contributed to the Opioid Crisis" is from the June 02, 2017 Morning Mix section of The Washington Post. It was written by Derek Hawkins  and narrated by Jill Melancon.