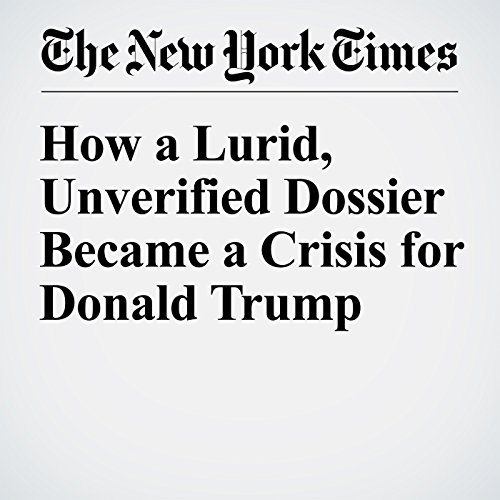 "How a Lurid, Unverified Dossier Became a Crisis for Donald Trump" is from the January 12, 2017 U.S. section of The New York Times. It was written by Scott Shane, Nicholas Confessore and Matthew Rosenberg and narrated by Caroline Miller.