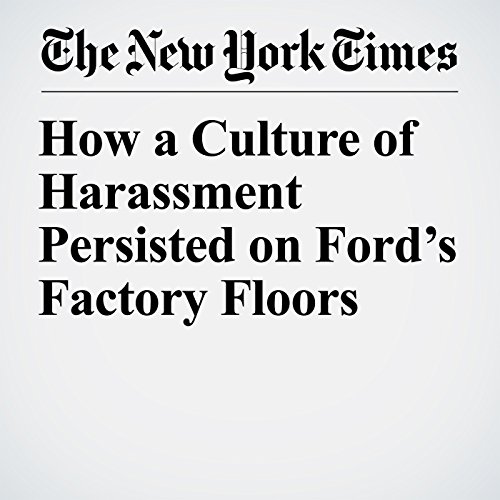 The jobs were the best they would ever have: collecting union wages while working at Ford, one of America’s most storied companies. But inside two Chicago plants, the women found menace.

"How a Culture of Harassment Persisted on Ford’s Factory Floors" is from the December 19, 2017 Business section of The New York Times. It was written by Susan Chira and Catrin Einhorn and narrated by Keith Sellon-Wright.