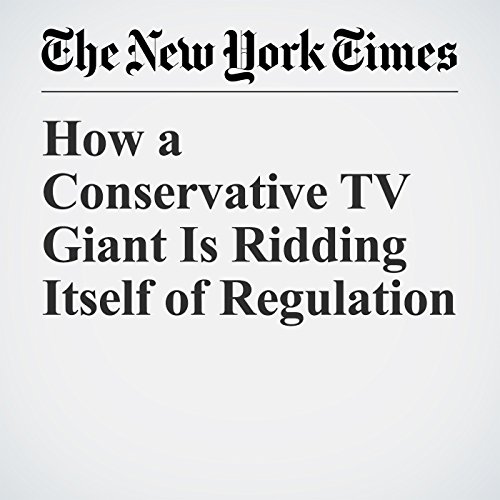 The day before President Donald Trump’s inauguration, the top executive of Sinclair Broadcast Group, the nation’s largest owner of television stations, invited an important guest to the headquarters of the company’s Washington-area ABC affiliate.

"How a Conservative TV Giant Is Ridding Itself of Regulation" is from the August 13, 2017 U.S. section of The New York Times. It was written by Cecilia Kang, Eric Lipton and Sydney Ember and narrated by Keith Sellon-Wright.