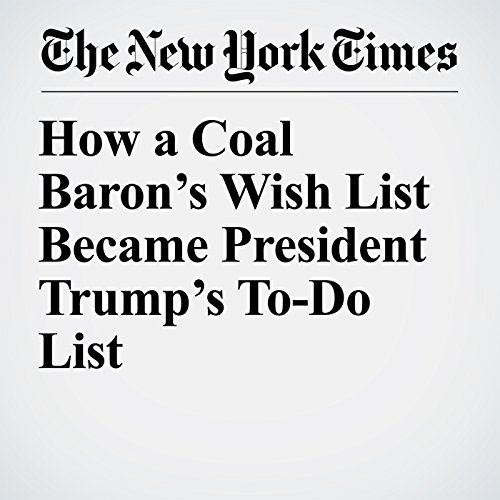 President Donald Trump’s first year in office has been a boon for the coal industry, with the Trump administration rolling back regulations on coal-fired power plants and withdrawing the United States from the Paris climate change agreement.

"How a Coal Baron’s Wish List Became President Trump’s To-Do List" is from the January 09, 2018 Business section of The New York Times. It was written by Lisa Friedman and narrated by Kristi Burns.