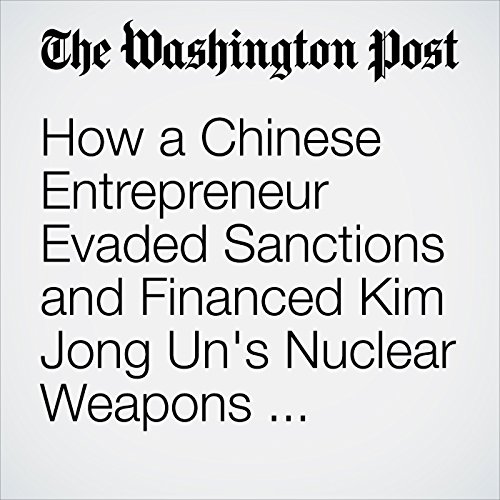 Among the flurry of U.S. legal maneuverings on Tuesday involving North Korea, maybe the most revealing involves a federal lawsuit aimed at the businesses of one Chinese entrepreneur.

"How a Chinese Entrepreneur Evaded Sanctions and Financed Kim Jong Un's Nuclear Weapons Program" is from the August 23, 2017 Wonkblog section of The Washington Post. It was written by Peter Whoriskey  and narrated by Sam Scholl.