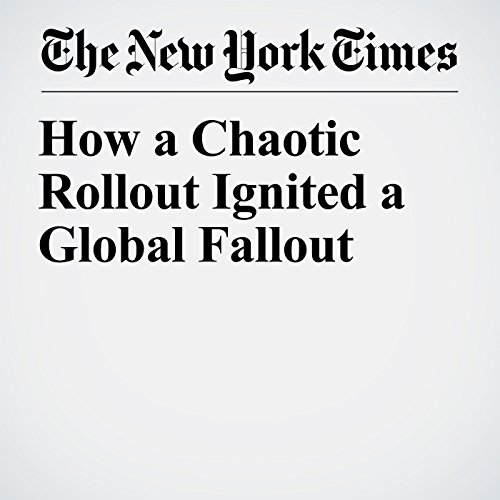 Gen. John F. Kelly, secretary of homeland security, had dialed in from a Coast Guard plane as he headed back to Washington from Miami. Along with other top officials, he needed guidance from the White House, which had not asked his department for a legal review of the order.

Halfway into the briefing, someone on the call looked up at a television in his office. “The president is signing the executive order that we’re discussing,” the official said, stunned.

""How a Chaotic Rollout Ignited a Global Fallout"" is from the January 29, 2017 U.S. section of The New York Times. It was written by Michael D. Shear and Ron Nixon and narrated by Caroline Miller.