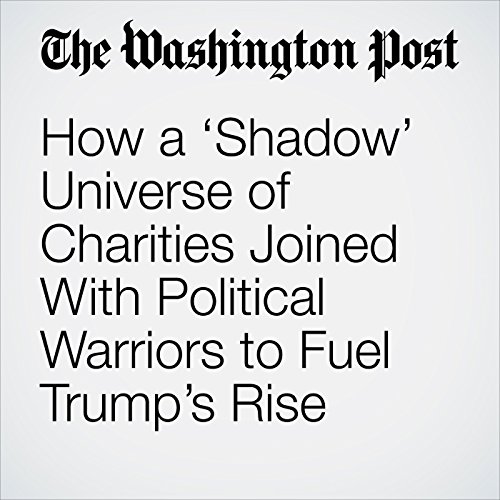 The crowd rose to its feet and roared its approval as Sen. Jeff Sessions bounded onto the stage at the Breakers, an exclusive resort in Palm Beach, Fla. Stephen Miller, an aide to the Alabama Republican, handed him a glass trophy honoring his bravery as a lawmaker.

"How a ‘Shadow’ Universe of Charities Joined With Political Warriors to Fuel Trump’s Rise" is from the June 03, 2017 Investigations section of The Washington Post. It was written by Robert O'Harrow Jr. and Shawn Boburg and narrated by Sam Scholl.