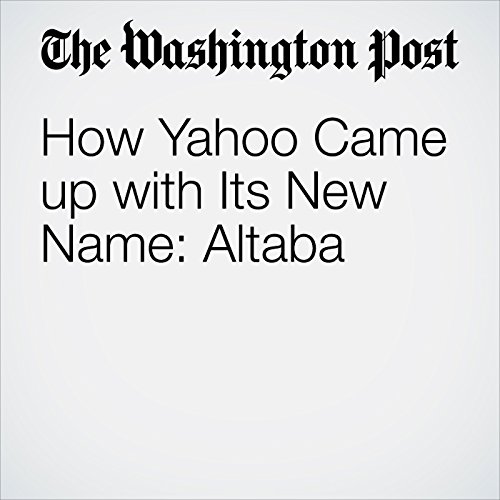 When Verizon agreed to buy the company for $4.8 billion in July, it planned to purchase just Yahoo's core Internet businesses, which include its email service, sports verticals and various apps. What's left of the embattled technology company would essentially be its ownership in the very valuable Chinese Internet giant Alibaba.

"How Yahoo Came Up With Its New Name: Altaba" is from the January 09, 2017 Business section of The Washington Post. It was written by Elizabeth Dwoskin and narrated by Jenny Hoops.