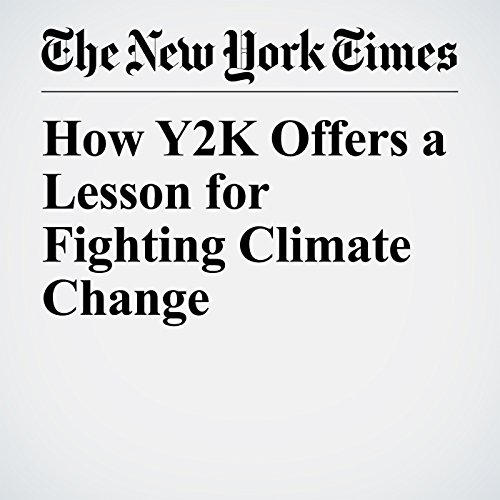 Last week, New York magazine published a riveting and frightening look at the future of the planet we call home. Now that global warming is well underway, we are in for an apocalyptic awakening, and “parts of the Earth will likely become close to uninhabitable, and other parts horrifically inhospitable, as soon as the end of this century,” the writer, David Wallace-Wells, argues.

"How Y2K Offers a Lesson for Fighting Climate Change" is from the July 19, 2017 Science section of The New York Times. It was written by Farhad Manjoo and narrated by Keith Sellon-Wright.