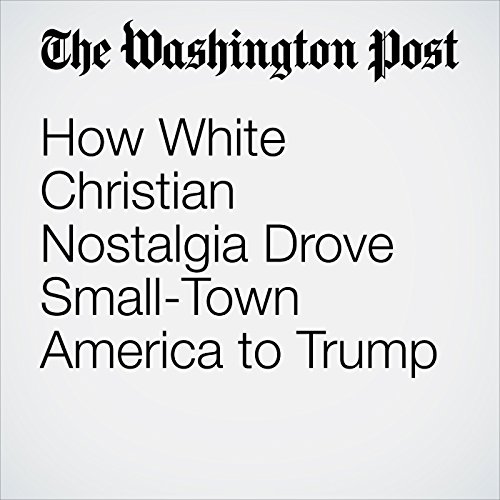 Residents and tourists from far-flung states mill along the thoroughfare, past the quaint low-slung shops made of Mount Airy’s famous white granite and named, like Floyd’s City Barber Shop, for references in The Andy Griffith Show, the folksy comedy set in the idyllic fictional small town of Mayberry that first aired in 1960.

"How White Christian Nostalgia Drove Small-Town America to Trump" is from the January 05, 2017 National section of The Washington Post. It was written by Sarah Pulliam Bailey and narrated by Jenny Hoops.