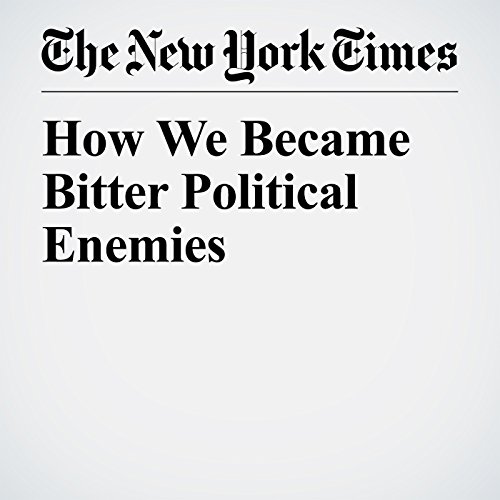 “If you go back to the days of the Civil War, one can find cases in American political history where there was far more rancor and violence,” said Shanto Iyengar, a Stanford political scientist. “But in the modern era, there are no ‘ifs’ and ‘buts’ — partisan animus is at an all-time high.”

"How We Became Bitter Political Enemies" is from the June 16, 2017 U.S. section of The New York Times. It was written by Emily Badger and Niraj Chokshi and narrated by Barbara Benjamin-Creel.