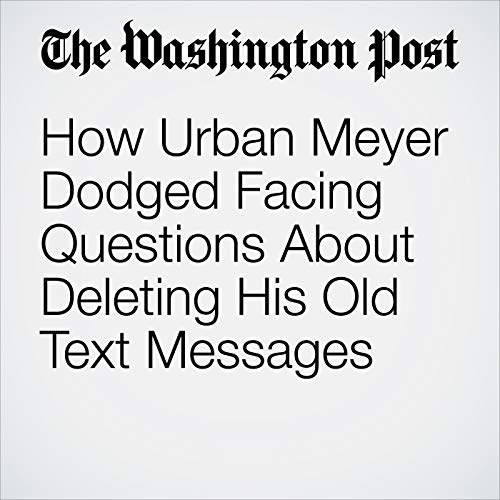 When Ohio State football Coach Urban Meyer learned earlier this month that the ex-wife of his former longtime assistant and family friend was publicly accusing him of ignoring her claims of domestic violence, one of the first things Meyer did, according to a university investigation, was discuss with an assistant how to delete old text messages from his phone, so reporters couldn’t see them.

"How Urban Meyer Dodged Facing Questions About Deleting His Old Text Messages" is from the August 23, 2018 National section of The Washington Post. It was written by Will Hobson and narrated by Sam Scholl.