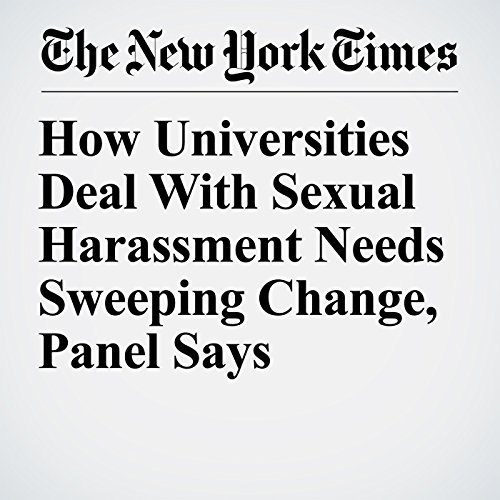 Years of efforts to prevent sexual harassment of women in the fields of science, engineering and medicine have not succeeded, and a sweeping overhaul is needed in the way universities and institutions deal with the issue, a major new report by a national advisory panel concluded Tuesday.

"How Universities Deal With Sexual Harassment Needs Sweeping Change, Panel Says" is from the June 12, 2018 U.S. section of The New York Times. It was written by Pam Belluck and narrated by Kristi Burns.